Thanks to Carissa and Danielle for allowing us to repost their blog about their Workaway experience in New Zealand.

Here’s a bit about them in their own words:
“About a year ago, my friend Danielle and I had the idea that we wanted to travel more, but on a much longer scale that a traditional one or two week vacation. We decided that we were going to live in Australia, via the working holiday visa. We had this idea that we could travel to a city, earn some money to get to the next place, and then head to the next destination. That idea has come to fruition and now it’s time to live out this idea we have been talking about for so long.” 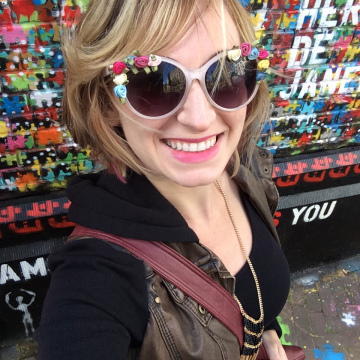 Integrating into the Maori Community on Waiheke

Overlooking the moored boats in the bay

We’re still in Auckland, where we started our trip. There’s two good things about this:

2) We have a place to stay for the remainder of our time here in NZ–for (kinda) free.

Despite this, I’m still feeling antsy to get back to Australia. Just for the fact that the road trip for the East Coast of Australia is going to be postponed, thus less time in Melbourne to start working again and making money. It’s easy to not work, but it’s also easy to get nervous about spending money when you are actually unemployed. Don’t worry, I’m not nervous enough to like, stop buying ice cream at least once a week. Or buy clothes from the $2 rack at Vinnies. That would be a little crazy…

Anyways, how did I end up with free accommodation for two weeks?

Let me tell ya. There is a program/website called WorkAway. (workaway.info) The title is quite suggestive, but basically the premise is that you become a member of the site, create a profile and state in that profile what you are able to offer a host (special skills, experience,etc). The host also creates a profile stating what they have to offer a volunteer, along with their expectations.

It’s cool because it’s totally up to the host and the volunteer to decide whether they think they will be a good fit. A lot of the hosts need help with very particular projects, for example, manual labor, building, roofing, website design. However, some hosts just want help with simple things such as cooking and cleaning, helping with kids, or household chores.

Waiheke from the air

We were able to find someone to host us, a lady called Jeanine that lived on Waiheke Island, which is a tiny little island about 30 minutes away from Auckland by Ferry. From her profile, we learned that she was a fashion designer. Luckily, Jeanine just needed help with cooking and cleaning, and she wanted to take both of us for 2 weeks. We were a little nervous to stay with her, because she had some mixed reviews on the website, but we decided to meet her and give it a go anyway. As with all things, there were definitely ups and downs. We had a queen size bed to share in her personal library attached to her design studio,which we also shared with MeMe, from Argentina (the room, not bed).

The way it worked was that we helped, Monday through Saturday for (about) 4 hours per day. All our meals were included, so that was pretty freaking awesome in terms of saving money (plus, she was a good cook). In those two weeks, we did some pretty random things. We actually got really lucky in the fact that our host was a native New Zealander, a Maori.

I say that we were lucky because we got to experience things that some people that live in New Zealand never get to experience. The Maori’s have a meeting house, called the Marae. The Marae is decked out in traditional Maori art and design, complete with intricate wood carvings and paintings. The Marae belongs to your specific tribe or family, and not just anyone can walk into a Marae. You have to be welcomed on, in a ceremony known as the Powhiri . Lo and behold, Danielle and I were invited on, and were told that this is now our Marae and we are welcome to it whenever we please. During the Powhiri, there are songs and a traditional order of events that occurs, all in the native Maori tongue. Part of our working hours involved cleaning and cooking for events at the Marae.

We also got to see the haka being performed by a group of students, practicing for their next competition. If you’re not familiar with Haka, it’s the War dance of the Maori people, used in ancient times to intimidate the war enemy. It’s also popular because the All Blacks, (Rugby team) do the Haka before every game. To see something this cultural and genuine, delivered in a non-artificial environment was really fortunate of us. We also got to taste some of the Maori food, like fry bread (think fried pizza dough, but not sweet) and boil up (stew made of boiled pork and veggies-very tasty). The sprinkles on top of all of this was that Jeanine lived right on the water, with the most gorgeous view of Oneroa Beach. Gathering on the beach on Waiheke

In addition to her home, Jeanine also acquired an old police station and accompanying jail cells (yep) that she used as her design studio and storage space. The upstairs of the old police station she rented out to guests on Air B’N’B (taking advantage of the best view). All in all, there were a total of 10 people, including herself and her son, Noa that lived between the house and the police station. The rest of the inhabitants were young,and mainly Spanish because there is a huge population of Argentinians on the island. Everyone was really nice, and it was fun to be around Spanish speakers again (ugh–I need to brush up on my espanol!). The work that we did was really so random–simple things like cooking,cleaning, and organizing, mixed with painting a locker, de-flowering dried lavender and making lavender bunches as well as sachets, selling said lavender at Market, cleaning the Marae, working in her design studio, finding lost kittens, and pilfering fruits (I didn’t stutter–I said pilfering fruit). Not so high wire

Learning about the peculiarities of Waiheke

There were some interesting things about staying with Jeanine. Waheike calls itself a “waterless island”, meaning that all the water on the island is imported. If you live on Waiheke, you most likely have a tank that collects rainwater, and when it’s raining, it’s great! You use that rainwater for everything…cooking, cleaning, drinking, showering, flushing toilets, everything. But, if it hasn’t been raining you have to purchase the water and evidently it’s like $300 to fill up the tank. So, Jeanine is very strict and limited with her water usage, which is understandable. And even though it’s understandable, it’s not something I’m used to.

Basically, when we wash dishes we use a bucket full of water and change that maybe twice a day. That might sound reasonable, but you have to realize that there were actually 10 people living in the house and the studio. To flush the toilets, you use dirty dish water and dump it in the back of the tank. You never drain water into the sink at all, when it’s dirty you water the garden, or to wash the clothes with. The truth is that washing other people’s dishes with clean water gives me the heebie-jeebies as it is, and doing it this way might have provoked my gag reflex on more than one occasion. With that being said, the pros definitely outweighed the cons, and it was a new experience that made me appreciate the little things like clean sink water to wish my dishes! When we weren’t working, we were usually soaking up the sun on the beach or hanging with our temporary flat mates (trying to walk the slack line). It was only two weeks, and we were working almost every day, but looking back, we actually did a lot. We went to the movies and finally saw Joy (at a cute community theatre with couches that reminded me of Sun Ray), and also went to a community free outside screening of Labyrinth, which I somehow had never seen before.

We practiced a guided mindfulness meditation at the Marae, and also tried active meditation for the first time, which was quite interesting and different. How could I forget? On our last day, we got around to wine tasting at two vineyards, which Waiheke is known for. Oh, also crossed hitchhiking off the list, as it’s really common and safe on the island.

Our luck in New Zealand seemed to wax and wane over the month and a half that we were there. When I realized that Death Cab for Cutie was coming to Auckland, I saw it as a sign that our bad luck was over (especially since we weren’t even supposed to be in Auckland at the time) , and we were getting a break in the form of one of my favorite bands ever.

The concert was, expectedly, flawless. Ben is a seasoned performed. He does just the right head rocks and subtle playing music-dance thing that isn’t forced, but is obviously practiced with time. His voice is so perfect, and when he played I will posess your heart…the whole venue was quiet and still and it was just a beautiful moment. The only thing I didn’t like was that in his short conversation with the crowd, he gave a little jab to Americans, and I didn’t quite like that just because it felt like he was trying to be the cool kid by making fun of Americans, but behind our back. Anyways, I forgive you Ben, just don’t do it again. You may not know this, but we need good press Overseas, to overthrow all the bad stuff. Did you know the first bit of small talk people bring up when they realize we are American? Donald Trump. ‘Nuff said. Death Cab for Cutie in concert

I did like that he mentioned the fact that people in NZ have absolutely no rhyme or reason to their sidewalk traffic. In most countries I’ve visited, the sidewalk traffic is the same as road traffic. If you drive on the right, you walk on the right and vice versa. Makes sense, right? Not to ANYONE in NZ, and remember I visited a good bit of the North and the South Island. Everyone just walks all footless and fancy free wherever they please. I’m glad he said something, because I was getting pretty outraged at the fact that there’s absolutely no order to it here! Constantly just shuffling back and forth, weaving in and out of people. Anyways,it goes without being said, but I’d totally recommend anyone who likes Death Cab to see them live, at all costs!

PS: credit to Danielle for basically all of these photos, as I had no phone. Thanks boo.

If you want to read more here is their blog: https://wanderingandalsowondering.wordpress.com

No Matter Your Age, Travel Has No Limit